I have been thinking about the current political environment in the United States over the last few weeks. I have also been trying to engage in discussions about Trump’s recent election to the Presidency. I – as many scholars – think that Donald Trump was an abnormal candidate who has proposed some policy ideas that are disconcerting.

For example, a recent Trump surrogate cited Japanese Internment as a precedent for a possible Muslim Registry that Trump has been discussing for some time. In my introduction to American government course, we discuss how Japanese Internment, which was done with an Executive Order, was one of the most heinous and unconstitutional Civil Liberties violations in American history – along with Slavery and the Trail of Tears. The Supreme Court ruled the Executive Order to be Constitutional in 1944, but in 1983 a U.S. District Court partially overturned a subsection of the ruling (not the entire thing). More importantly, in 1988, President Ronald Reagan signed the Civil Liberties Act to compensate more than 100,000 people of Japanese descent who were incarcerated in internment camps during World War II. The legislation offered a formal apology and paid out $20,000 in compensation to each surviving victim. It is widely held in the U.S. that Executive Order 9066 was wrongfully argued and unconstitutional. It is not normal for the President Elect to seriously entertain Japanese Internment as a precedent for another possible Civil Liberties violation.

However, when trying to discuss something like this with an avid Trump supporter, one’s arguments will probably be dismissed. The same is true for those that supported Bernie Sanders or Hillary Clinton. Clinton supporters ignore her issues such as the improper handling of sensitive emails (yes this was rather corrupt on Hillary’s part). In fact, anecdotally I am finding it impossible to have any constructive dialogue with most Trump advocates. The argument is usually something like, “Donald Trump won the election, so now it is time to (be respectful) and unite behind the new president… Give him a chance…. Just because he said he would do those things doesn’t mean he will…” It seems to matter not that many things Trump is advocating for are unconstitutional. It matters not that he appointed Stephen Bannon snd Stephen Miller – Alternative Right spokesmen that even mainstream conservatives are concerned about.

My response to those that say give “him is a chance” is simple. Imagine you have a cute little puppy. Imagine you are out for a walk with that puppy and a person approaches you. They tell you they want to pet your cute little puppy. But they also tell you that dogs with fleas should be put to death. That they like to pull on the hair of little puppies. That they like puppies but can’t help squeezing them too hard. Now you have to decide whether this person can pet your puppy. Well? Why not give them a chance? So what, they said all these horrible things about puppies. That doesn’t mean anything. It doesn’t mean they are going to do those things? Let them pet your puppy. Just give them a chance. For me, Trump is the person who wants to pet the puppy and that puppy is the Constitution. This metaphor will be dismissed too. Rather than deal with the analogy, it will be summarily rejected.

Nothing seems to matter when it comes to Trump supporters, as he said very early on in the election, he could shoot somebody and not lose voters. The question is why? What is going on in the American political landscape that has given rise to a candidate who can literally do no wrong with a subset of voters?

This post will not matter, and not just because no one reads this blog :). Some people check it out every once in a while and family, friends, and sometimes students click on my posts. The reason is because, if you agree with what I am saying, I will just reinforce your opinion. But, if you disagree, you will most likely completely disregard everything I am writing. Nothing will matter. The fact that I have a Ph.D. In political science will be more of a reason to disregard everything – I will be just another Liberal Academic against Trump. In fact, you may not even get this far into the post. You probably already closed the browser after you read my critical statements about Trump’s citing Japanese Internment as legal precedent. What is even more interesting about this electoral cycle and political environment is that fake news is running rampant! 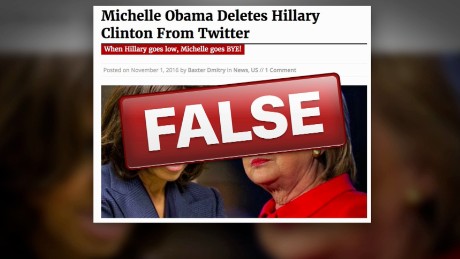 My Facebook newsfeed was filled with so much fake news this election cycle and everybody is starting to notice, including the President! Here is one example with the headline, “Wikileaks CONFIRMS, Hillary Sold Weapons to ISIS… Then Drops Another Bombshell…” This story appeared on millions of users’ newsfeed. They clicked on the story, shared the story, and then most likely told others about what they read. This story is completely false! The article is written in the most biased language possible and is completely fake. There has not been a lot of published research on fake news. There are some papers on how satirical news affects individuals and these studies generally find that the more someone is exposed to satire (like the Onion or Clickhole), the more likely they are to have increased cynicism and low efficacy, but only when they are also exposed to low levels of hard news. In other words, those only exposed to satire and no hard news experience these negative effects.  There has been a lot of research on how we view and perceive the news. For example, selective exposure is the phenomenon where individuals seek out news that fits their ideological predispositions to avoid cognitive dissonance. We also know of selective perception, where individuals internalize new facts differently to fit with their ideological predispositions. We even know about perceived bias, where the source of the information – such as Fox News or MSNBC – provides a cognitive heuristic in which respondents perceive bias in the news when no bias is actually present. 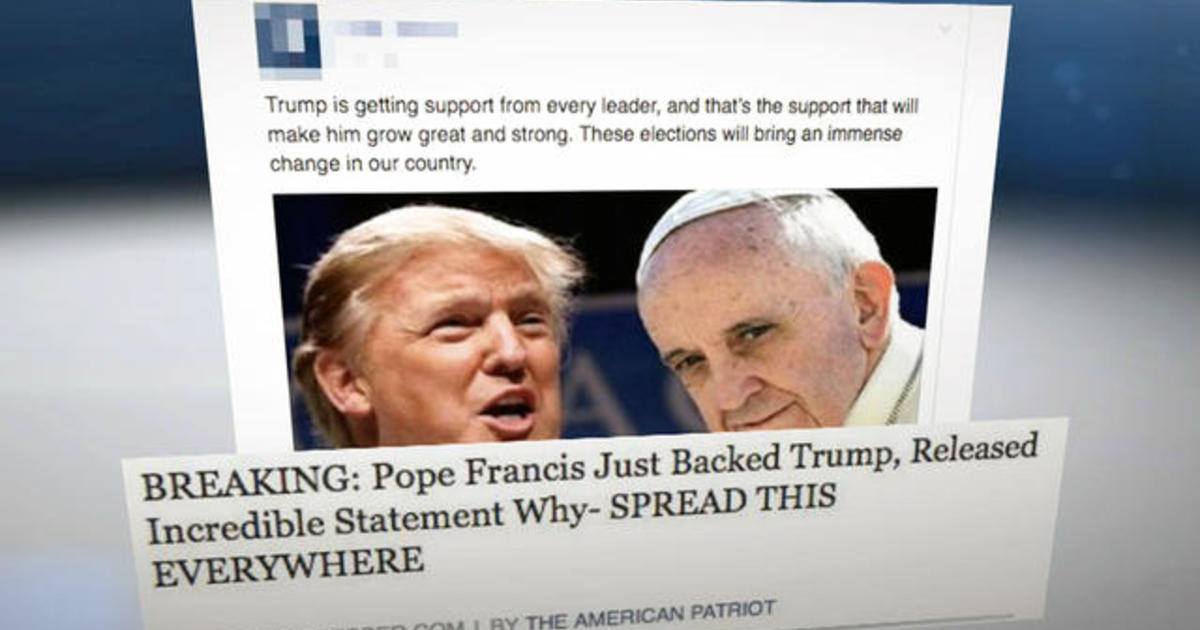 But I think there is a new, more dangerous, phenomenon at work. We might call this cognitive process willful misinformation or the purposeful belief in political fiction. Rather than seeking out information that is biased or interpreting new facts in a way consistent with one’s ideology, this new phenomenon is the willful belief in political fiction. The belief in fake news seems to be a symptom of a greater disease. A subset of society has become so entrenched in their beliefs that they ultimately reject anything – even legitimate dialogue – that comes even slightly close to attacking their subjective prior beliefs. Even fact checking sites won’t help if people don’t believe them. Facebook is even considering an algorithm to filter this fake news out. This is like cognitive dissonance on steroids combined with out of control confirmation bias (hence the acceptance of fake news).

This phenomenon also coincides with some research William Delehanty and I have been doing on Moral Psychology. Much of the evolutionary psychology literature on morality argues that morality is an evolutionary trait that evolved as groups competed in natural selection at an aggregate level (something still heavily debated by those studying evolution). Johnathan Haidt, one of the more well-known originators of this idea, argues that most moral reasoning is conducted post hoc, and the actual decision to dislike or like something within one’s moral framework is the job of the subconscious mind. His metaphor is the rider and the elephant. The Elephant is the autonomous mind who jerks one way or another in response to some moral stimulus. The Rider, then, is the rational part of the brain that explains (post hoc) the reasons for the Elephant’s decision. You can check out Haidt’s book here. He applies this idea to political debate and comes to the conclusion that political dialogue is becoming more difficult because people are making instant decisions on issues and then post hoc rationalizing their decision and thus people are unable to actually have productive conversation because the decision on an issue has been made before people even talk. Of course, there are issues with this particular theory and many have criticized and praised Haidt’s work. But the idea is a powerful one because it does help to explain why some political discussions have become almost impossible to have with opposing sides.

Political discourse has been becoming harder and harder in today’s political environment. People dismiss each other off-hand or “agree to disagree.” Exposure to a perceived liberal or conservative argument sets off a cognitive process of rejection off-hand and complete dismissal. Conservatives are assumed to be racists and liberals are assumed to be socialist/communist. Fake news fits in beautifully with this group (on both sides) as they jump at the chance to share something that fits their belief system. All of this is compounded by the wide-spread political ignorance on behalf of the electorate. This Huffington Post article does a nice job of discussing misinformation in today’s social media fake news world – but don’t just read the title, read the article. My conclusion here is that  something like Richard J. Hofstadter’s Paranoid Style is becoming mainstream for a very large group of people. Basically, individuals are using fake news to confirm their paranoid and angry belief in elements that are infiltrating their society. They are also rejecting real news and other logical arguments because they assume these are the fakes or biased from the “Liberal Media.” And Trump made sure to lead this charge with accusations of rigged elections in the weeks leading up to November 8, 2016. Or his accusations that the media was out to get him because they are a Liberal political actor trying to change the electoral outcome. Fear and paranoia (of Muslims, refugees, Mexicans, immigrants, and trading partners), combined with selective exposure, selective perception, cognitive dissonance, confirmation bias, and a plethora of fake news have put the U.S. Political landscape in quite an upheaval. It is making it so that political discourse is even harder than it was before the election or the 2016 Primaries – and political polarization made it fairly difficult just a year ago!

So, if you read this all the way through – despite who you supported in this election – remember, democracies are based on the ability for the public to converse, deliberate, and ultimately make good decisions. If the public isn’t able to talk to each other anymore, and we fall so deep into political enclaves that we start to believe in, and propagate, fake news, it will be impossible to compromise… ever. I don’t usually write posts like this one, but I feel as though serious discussion regarding American Democracy are necessary.